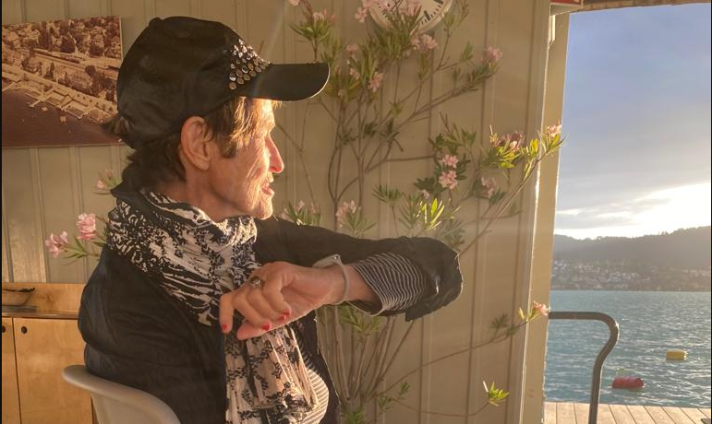 In The Economist of August 1 st, 2020 I have carefully read the article about “Google grows up”, as the computing company conglomerate has got bigger so too have its problems, and the article “Tech titans testify”, “hearing without listening”. In that article you as CEO of Google have been qualified in your performance as the worst of all four.

Nevertheless, I would like to offer my medical experience and systemic knowledge to Google to create tools for the healthcare market for everybody, in particular for vulnerable genotypes such as individuals with AD(H)D, without having to go through the medical system.

I am a family doctor and psychiatrist with training in systems theory and family therapy by Murray Bowen from 1977 until 1980 at Georgetown University in Washington D.C. – Murray Bowen was one of the leading researchers as well as clinician in this field in the US at that time.

Thereafter, I have studied an abundance of families of over three generations with physical as well as psychiatric illnesses.

I have especially focused on children with ADHD and ADD and their development within their families as well as in their educational environment. In over 40 years of observation I have come to the conclusion, that ADHD and ADD are not illnesses but merely vulnerable genotypes out of which mental and physical illnesses as well as delinquency can develop, in case children with these genotypes are not treated adequately according to their needs.

Because of their high sensitivity and their lack of impulse control they are more vulnerable in all social interaction at home and in school.

They get more often punished than other children and consequently develop a poor self-esteem with depression, personality disorder, addiction, psychosis, psychosomatic illnesses and fall into delinquency.

The cross-disorder genome wide association studies (GWAS) to my delight support my hypothesis and confirm my conviction that many psychiatric disorders might be related to the genotype of AD(H)D. In psychiatric research this connection however is not yet recognized. The thinking within the medical model and traditional diagnostic categories does not allow it. Yet a tremendous amount of health care costs could be saved if these AD(H)D children would be recognized early and treated adequately by their educational environment without having to go through the medical system and being stigmatized by a psychiatric diagnosis.

I have also followed the numerous studies Google has conducted in order to find out what makes a team most successful? Many algorhythms have been run through a lot of data for a lot of money with no result. Yet the final conclusion was very simple. Only two factors really count: one is equal speaking time and the second is reading the mind in the eyes, a test derived from the diagnostic criteria of Asperger-Syndrome. This second factor relates to social sensitivity. The third factor was the number of females within the group. But this factor was dismissed as being largely mediated by social sensitivity, females usually possess more social sensitivity.

The concept of psychological security was coined as a result of all these studies. As a family therapist I could have told you this just from my experience with family groups without having to spend so much money.

Going back to individuals with ADHD it is known that they cannot be stopped once they have started to speak while those with ADD never speak up. These individual factors have to be taken into account, if one wants to have a most successful team.

These are the reasons why I would like to suggest the following business plan in short form:

1. Developing an online tool, which can be used by every family in order to recognize children with AD(H)D. (existing diagnostic tests may be used for that purpose) at an early stage.

3. Developing games to reward curiosity and creativity, which many AD(HD) children possess in abundance. (Most of the existing games on the market promote only quantitative achievement but no qualitative results)

4. In addition, parents and teachers should be offered educational online coaching about the “doe’s and do not’s “in order to be able to educate children with AD(H)D adequately.

5. In case all these measures don’t help enough, parents and teachers should be offered a list of professionals within their region who are experienced in working with AD(H)D children and their families.

These are my ideas I wanted to forward to you.

Looking forward to hearing from you.

From a systemic point of view, parental changes in behavior are far more effective and efficient than any therapeutic attempt at controlling the schizophrenic symptoms of the family member. The hidden mission of schizophrenia, which is to reveal the dysfunction of the family system as well as the impaired parental relationship, is closely examined in this book. Understanding schizophrenia from this broader, interrelated perspective means dealing with the disease in a way that no longer perceives it as a hopeless, incurable diagnosis, but rather as a manifestation of intergenerational entanglements encrypted in family systems. This unorthodox perception of the much-feared illness offers a better understanding within the family system and a new way of regarding those “crazy individuals”. Using individual real-life clinical examples instead of analyzing statistically collected impersonal data with a theoretical search key – a method which neglects all biographical socio-interactive factors – it can be demonstrated how family systems research allows us to decode the development of this long-term illness and makes it easier to grasp its complexity. The frequent question as to whether schizophrenia is ever curable must be answered affirmatively; it is indeed curable if the persons concerned have trust in family systems therapy, and the parents are willing to learn. Alle Beiträge von udavatz anzeigen